A Kawai world exclusive for Makin 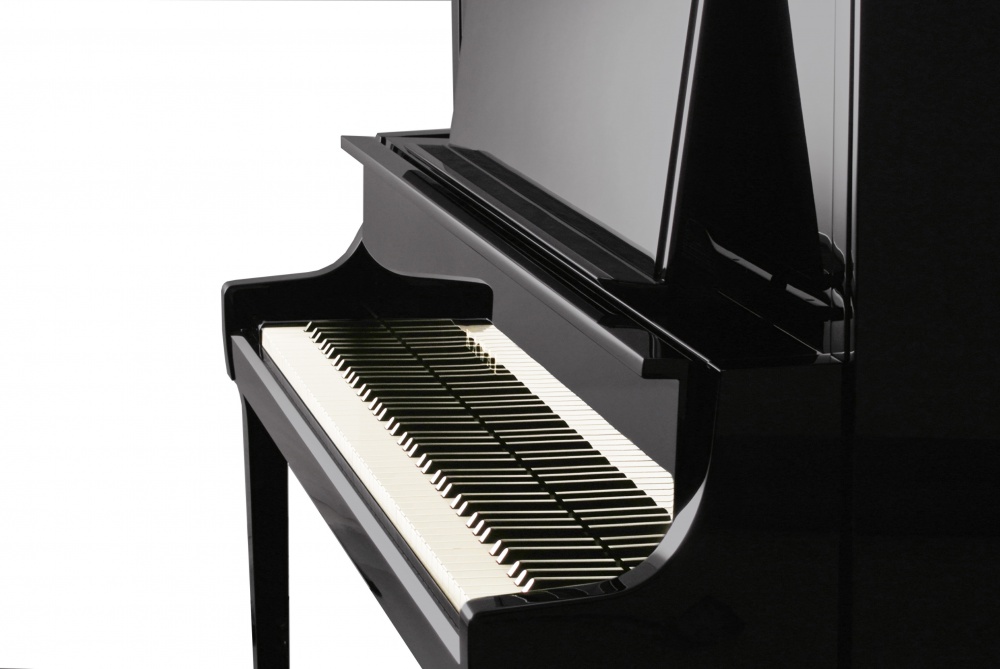 Before heading to Frankfurt, we’d heard good things about Kawai’s new flagship upright piano, the K-800 AS. So much so, we decided to take the plunge and place the first UK order for this model before even trying it out. It’s being launched here at Frankfurt, and now that I’ve seen it “in the flesh” I am delighted to report that everything I’d heard is true – and more.

This Kawai upright is fantastic! The K800 AS is an evolution of the outgoing K8 AS, a model which was rightly very successful. Kawai have really raised the bar for pianos in this sector of the market now, though.

There are many improvements, but the main one is apparent visually – Kawai have increased the overall height to 134cm. This piano is now one of the tallest on the world market. The resulting increase of string length in the bass, in conjunction with other technical improvements, including an extra rib for the soundboard and ‘tweaking’ the bass bridge, make this a very special instrument indeed.

The bass is more sonorous and it’s simply a more well-rounded piano. Factor in the sostenuto pedal (fitted as standard) and this upright would give many a baby grand piano a run for its money…

We’re going to be the first dealer in the UK to take delivery of the K-800 AS, and we’re so excited!