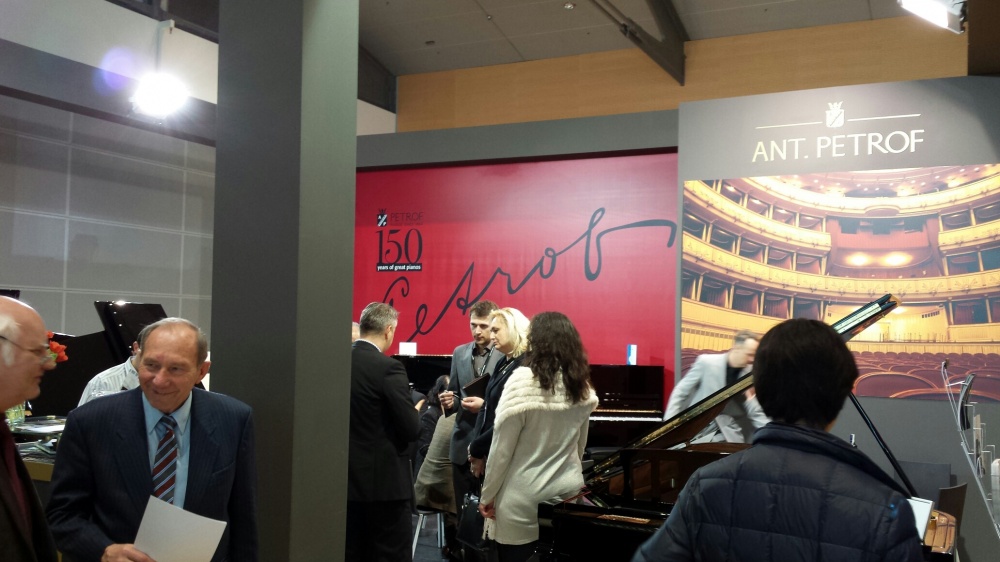 I mentioned recently that Petrof were currently celebrating their 150th anniversary of manufacturing upright and grand pianos.

To mark the occasion, the company has produced a special limited edition run of 50 instruments. It’s based on the Model 125, probably their most popular and successful upright piano.

The piano was introduced to the trade and public alike at the 2014 Frankfurt music fair (Musikmesse) last month. I couldn’t help but notice it when I called on to the Petrof stand. It really is a very striking instrument – mostly black, but with contrasting wood inlay on both upper and lower panels.

I was sorely tempted to buy one for our stock. I think Petrof sensed my interest, and after being plied with a few shots of their chilled Czech speciality, Becherovka, the order book appeared and was duly signed. That will teach me to accept such generous hospitality!

So, I am now the proud owner of number 50 of 50 – the final instrument of the special anniversary run. I can’t wait for it to arrive in Edinburgh to see if it really is as good as I remember. I wonder if I could be persuaded to part with this beauty?